BYPASSING THE SEWER ON KADAKA BOULEVARD 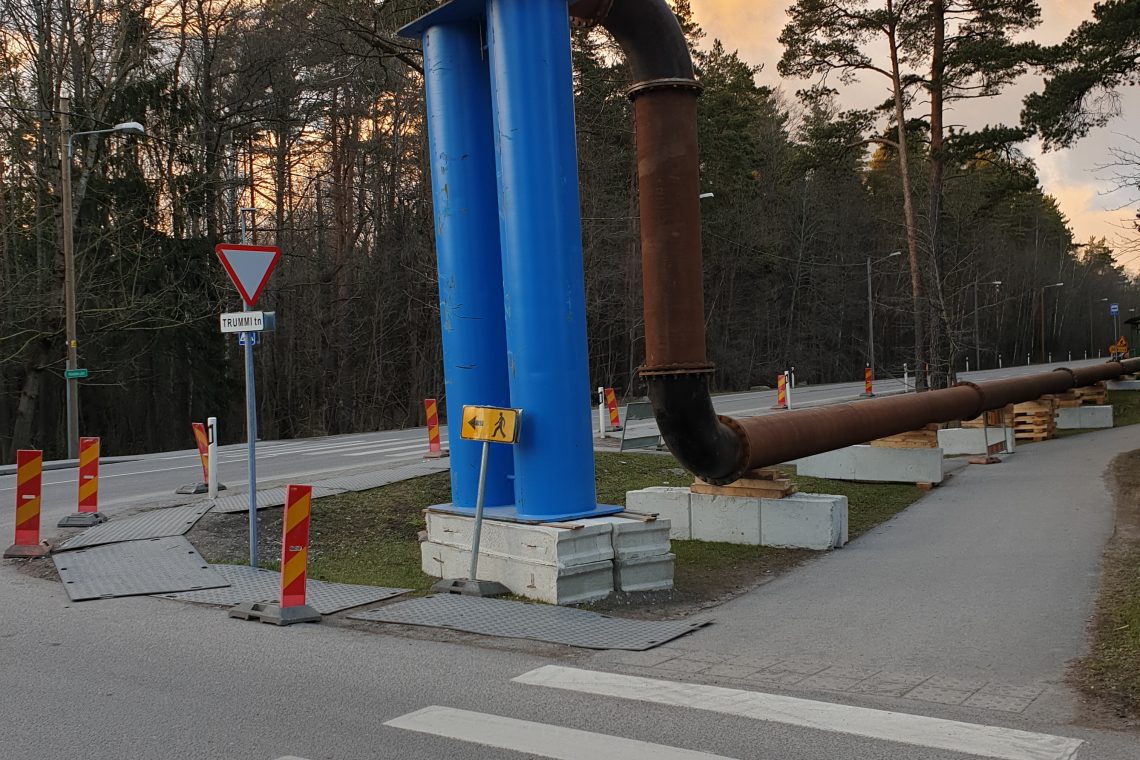 In December 2019, Tallinna Vesi announced a tender for the emergency repair of the sewerage pipe of Kadaka Boulevard. In August of the same year, there was a large-scale accident in this section. Subsequent studies showed that the 900-meter pipe was in very poor technical condition. Repairs were only possible if no sewage flowed in the pipe. Therefore, a 1.2 km temporary pipe (d 600mm) had to be built, through which the sewage was diverted around the section to be repaired during the repair work.

To install the pump, one of the wells on the route was opened. After that, the pumping station suction pipe with level sensors was placed, from which the control panels control the start and productivity of the pump consisting of five Hidrostal F10K-H01 dry mode submersible pumps. In addition, the control panels also send out SMS alarms if something happens to the pumps or the water level in the piping falls below a certain minimum level.

The power supply of the pump was based on two 320kW diesel generators, which were equipped with a control module that automatically starts the backup generator in case of a technical failure or shutdown of the main generator.

Due to the work taking place during the winter months, the backup generator was additionally equipped with a battery charger, coolant, and engine oil heater, and the heating was also installed on the fuel line and fuel tank.

The pumping line intersected between the pumping station and the final well with 1 intersection and 2 streets, the closure of which was not authorized by the local government. Therefore, during the construction of the line, 3 pipeline bridges had to be built, which crossed the carriageway at a height of 4.5 m from the road surface, to ensure the necessary passage for rescue equipment and trucks as well. The first 2 pipe bridges were also equipped with vacuum valves to prevent the siphoning effect, as the ground drop from the pump to the end well was 18 m.

We know you are looking for something.

Allow us to help you.

Apply for phone call or request our specialists visit to your project.